The first of Penn’s sculptures to link his practice with his hometown of Margate, Sophia is a powerful metaphor for the regeneration of the Victorian seafront visible from the artist’s studio.

A salute to the town’s most notable creative resident Penn has named his first major piece of public sculpture after the woman who stole the heart of English Romantic painter J.M.W. Turner, Sophia Booth, and his own muse and confidant, singer-songwriter Sophia Purdie.

Appearing as though to emerge from a cocoon of ornate frames, Sophia’s female form stands tall against the backdrop of the thriving coastal town and symbolises the recent redevelopment that has injected new life into the region. Historical influences of Margate’s enduring creative scene and Penn’s own childhood memories of time spent working in his grandfather’s studio are also visible throughout the composition.

Aligned toward the setting sun Sophia will follow the analemma, the directional variation in the sun’s position in the sky throughout the year, watching the end of each day from her position on the shore. Steeped in cultural reference to the evolution of man and the genesis of our earth, Penn once again returns to the notion that the past can be a catalyst for creativity in the present.

Positioned in the path of the area’s tidal coastal waters the base of the figure will, at times, be engulfed by the ocean. This somewhat surprising location adds another layer to Penn’s already expressive composition, a nod toward the town’s perseverance it suggests that not even the brutal force of nature can impede Margate’s rebirth.

Encompassed within Sophia’s maternal grasp, encapsulated and preserved, the DNA of people who call Margate home will act as a snapshot of the community who spearheaded the region’s regeneration. A signature addition to the display of Penn’s hyper-realistic paintings, the artist’s desire to conserve is a constant theme throughout his practice.

Not confined to the four walls of a gallery, the artist invites his audience to interact with Sophia and briefly become a part of her composition. Offering endless ever-changing views through each facet of the frames that root the sculpture to the seashore, the conversation between material and composition continues still further throughout the town.

Located across Margate single ornate frames cast in bronze, that appear as though they have fallen from the sculpture, offer the public the opportunity to create their own figurative installation. These rotating frames will encourage interaction with the work and seed a powerful visual online inspiring others to visit Sophia and aid in Margate’s bid for a successful rebirth. 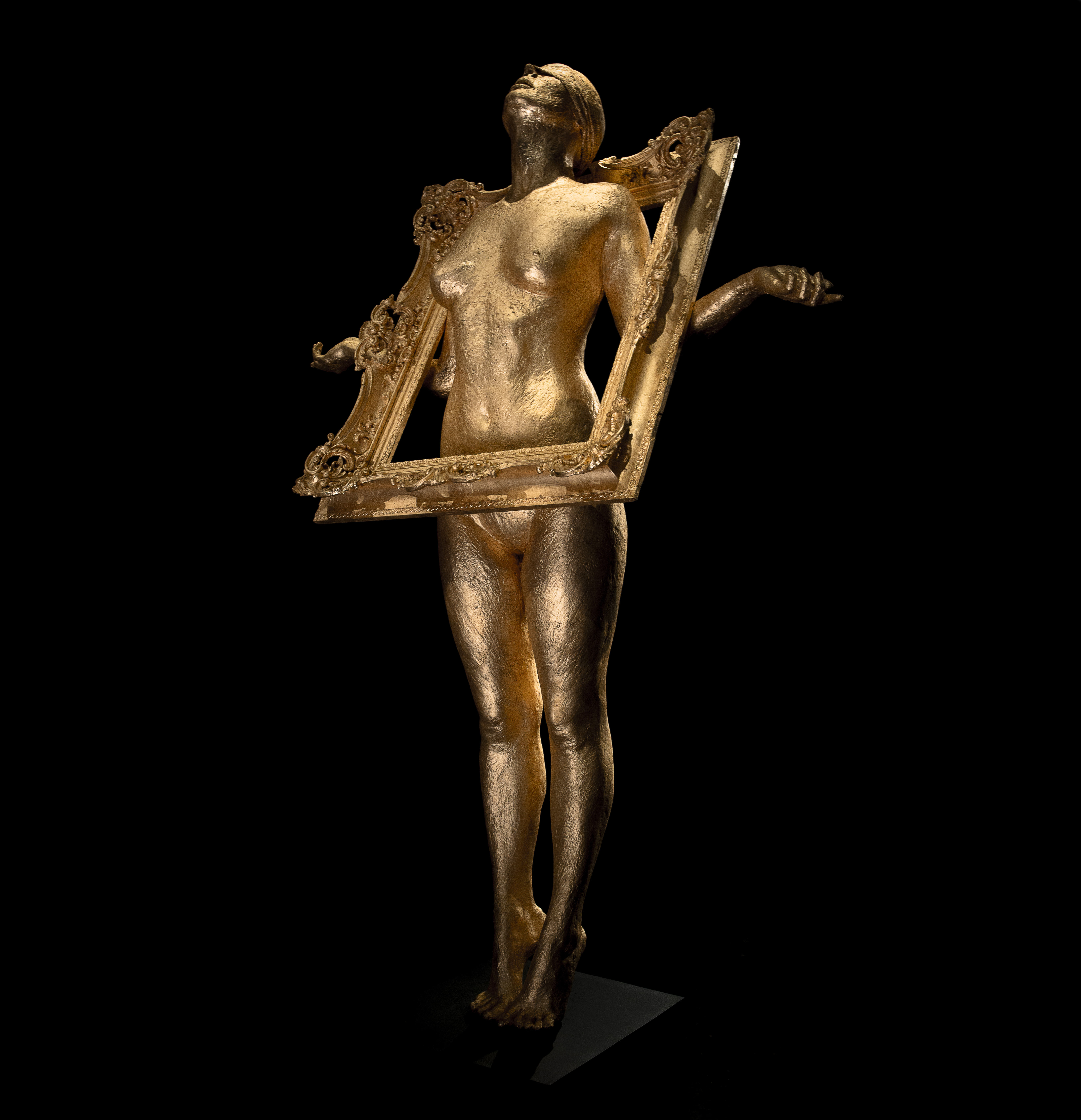 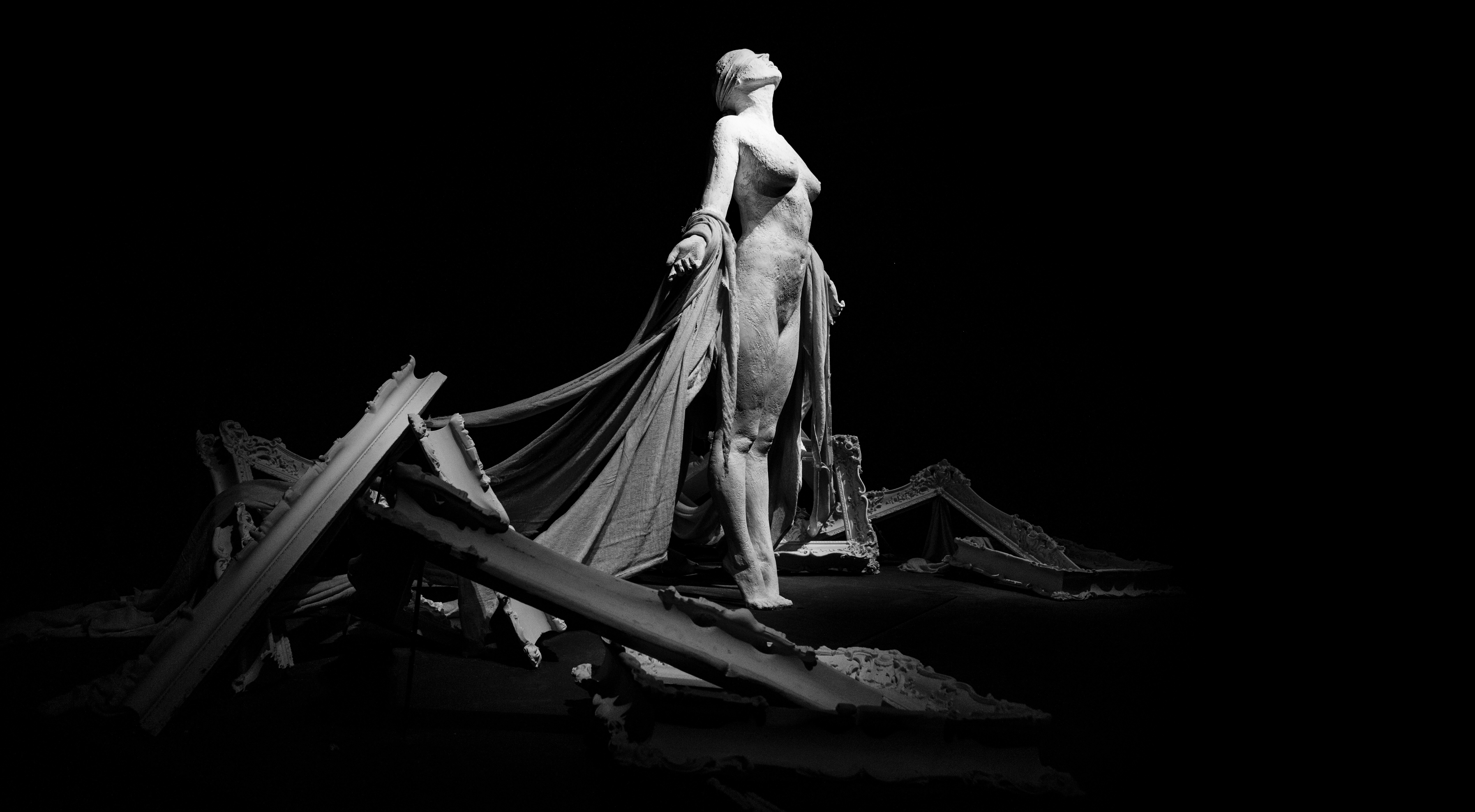 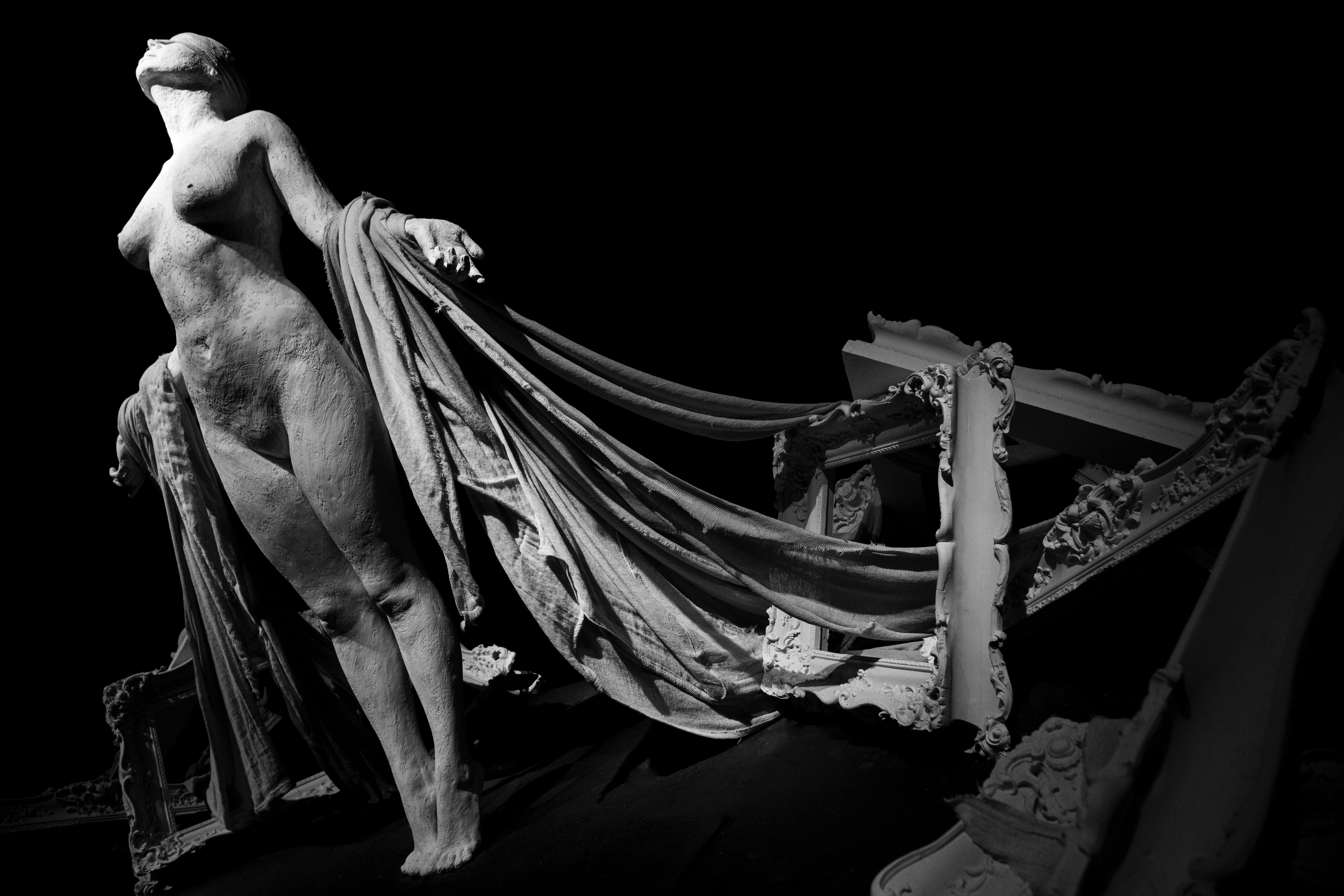 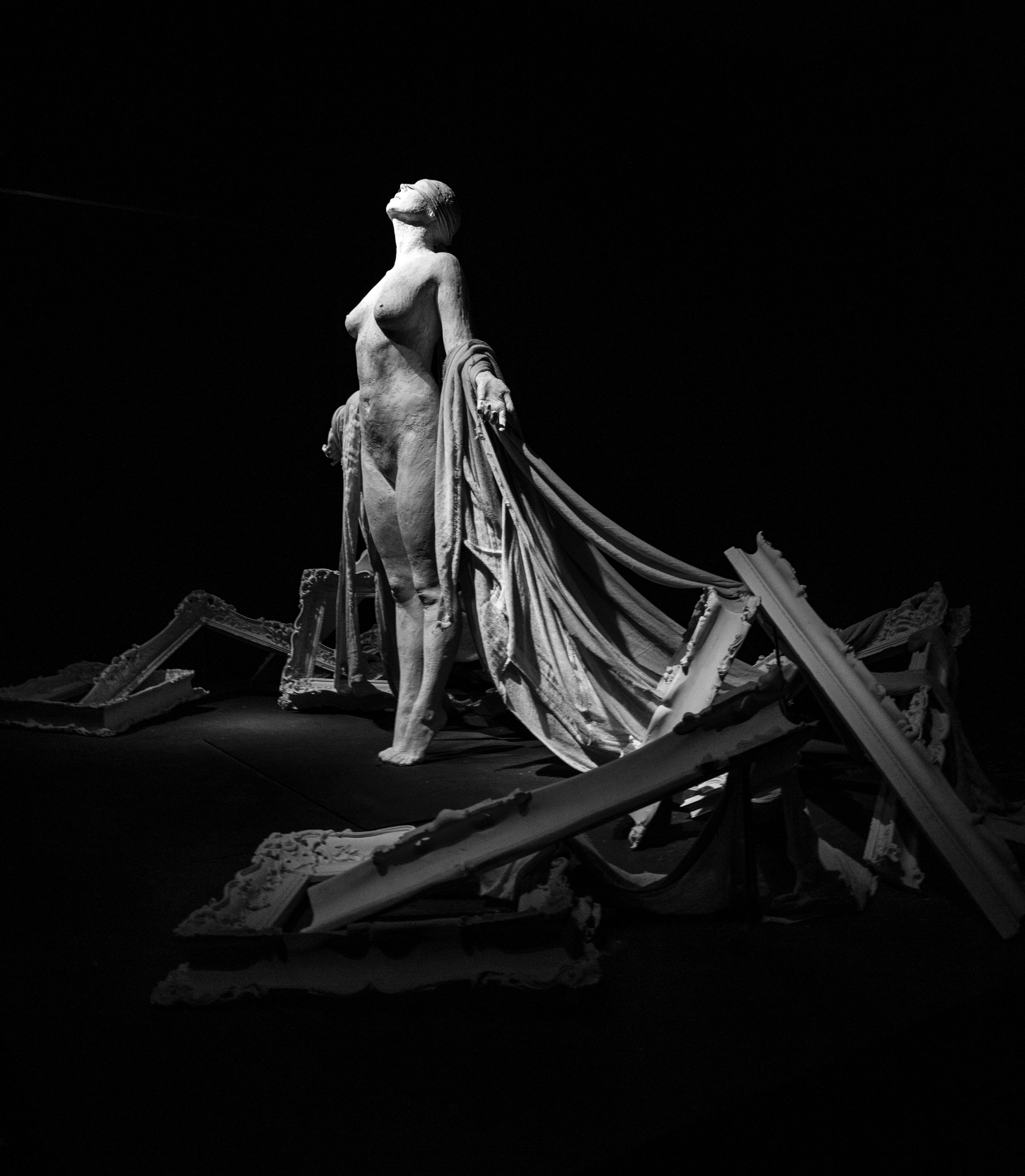 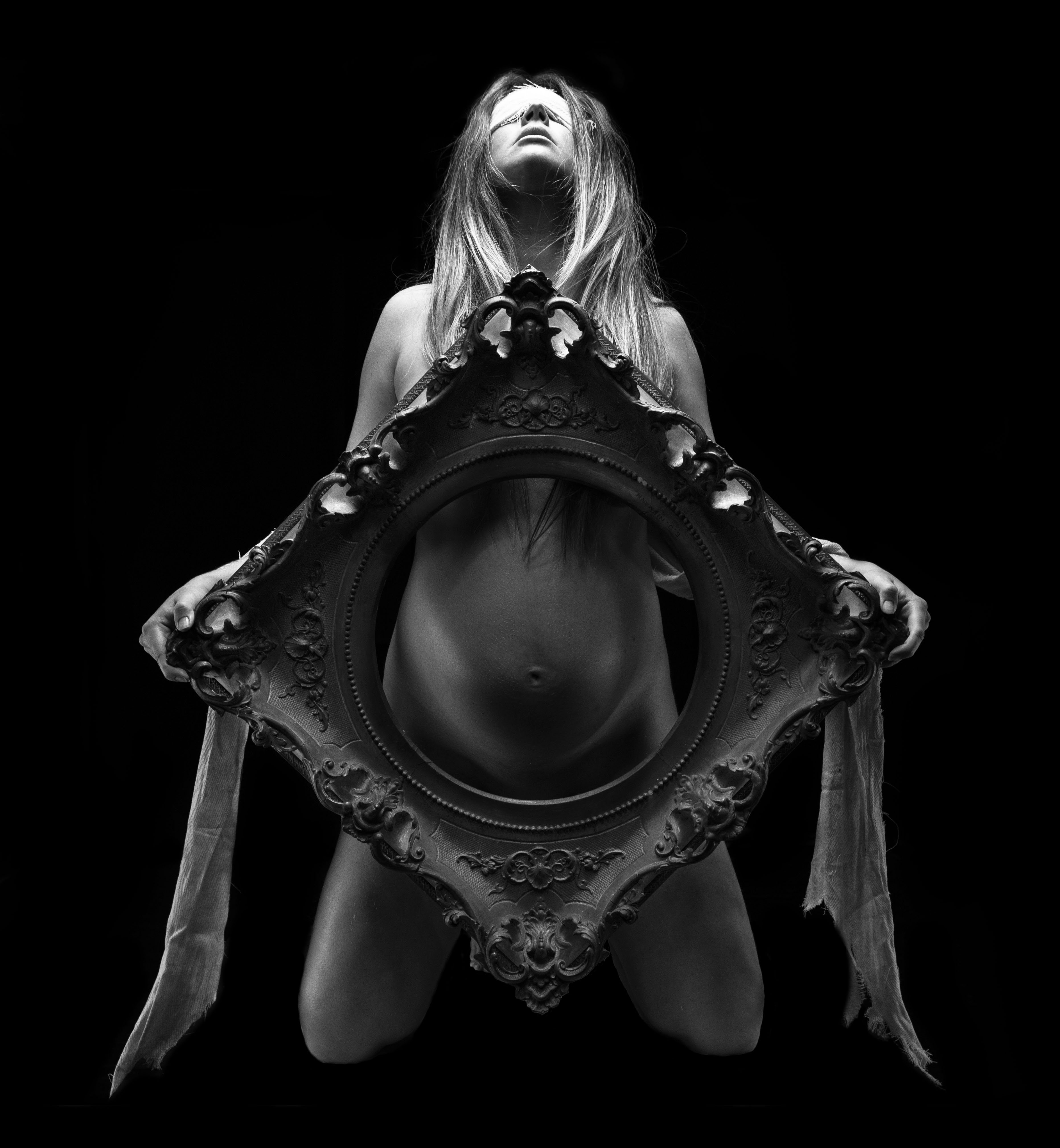