"I have been working in my studio over the past three weeks listening and watching in horror at the terrible events taking place in Ukraine. I’m extremely saddened that in the modern world we are still witnessing such tragic events carried out by a very small number of mentally unstable, selfish and greedy people. Their actions and selfishness affect the peace and freedom of Ukraine and the rest of the free world. I feel helpless in my safe environment, guilty that I can’t do anything to change the narrative, and frustrated that my attempts to create art to help conserve the world’s diverse environments are in vain.

I recently became a father and at that time the focus of my world changed entirely. Seeing fathers in Ukraine hug their children goodbye, not knowing if they will see them again, and watching mothers broken on their knees in unconsolable pain as they learn that their child has been murdered by this war are the most distressing scenes I have ever watched.

Whilst my partner was pregnant I created a graphite artwork called “GESTATION” that I felt showcased the worries all parents have when having a child. It was an artwork I was solely going to use to highlight the importance of protecting the planet for future generations as part of my “FRAGILE FIGHT” project but now realize how poignant it has become in highlighting the fear and pain felt by Ukrainian families.

I started the “FRAGILE FIGHT” to help protect our planet for the future generations of children, however, I feel the Ukrainian crisis needs immediate help and I want to use my art and the resources I have to support the children and families caught up in this nightmare.

I have never sold an NFT but have heard so much about them over the past year and also noticed how they are helping with aid in Ukraine. As such, I have created my first NFT to raise funds to help protect Ukrainian children, our planet's future generations, and ensure that they can grow up in a world at peace."

The NFTs for Ukraine comprises five images that will be available as unique NFT’s. 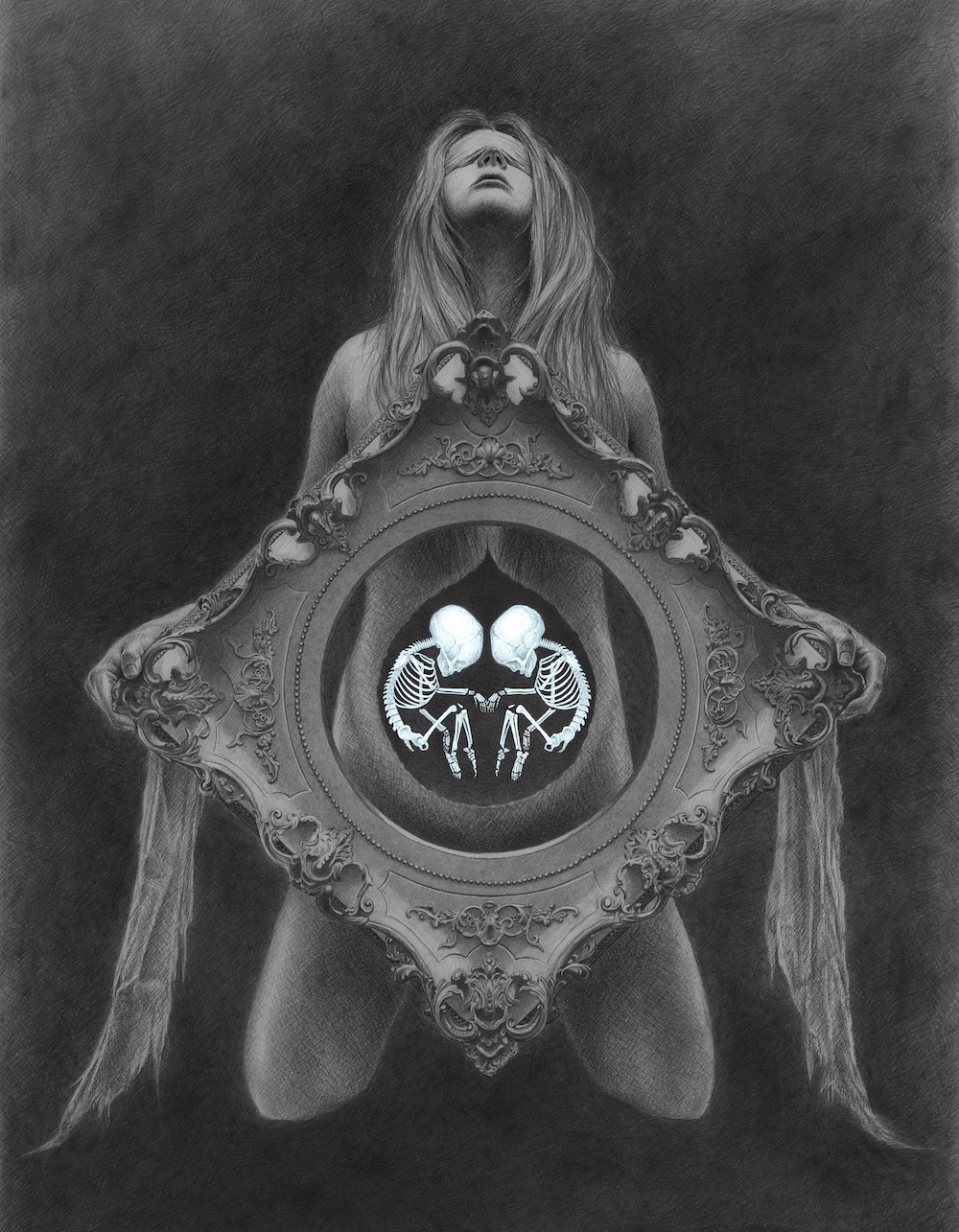 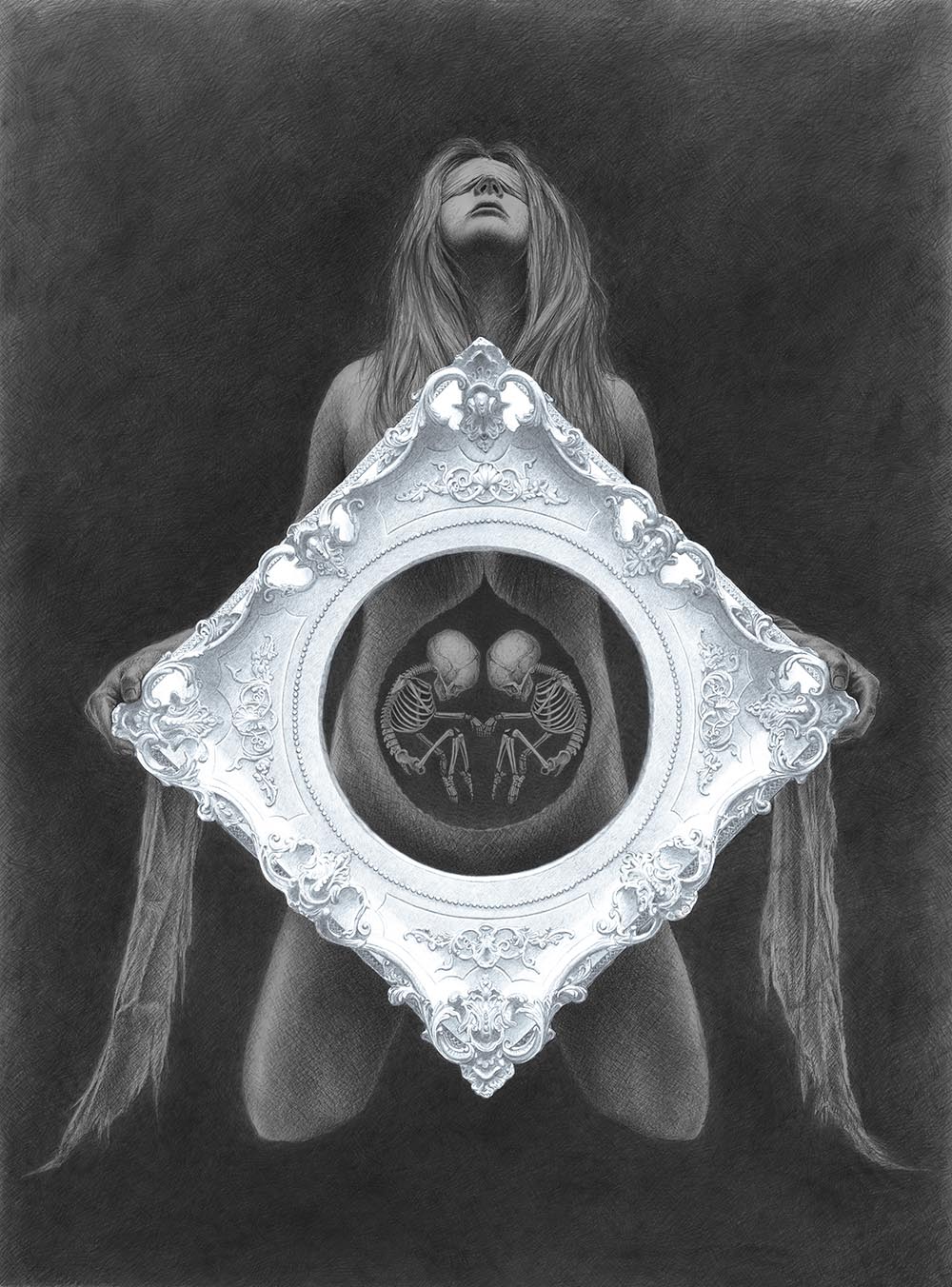 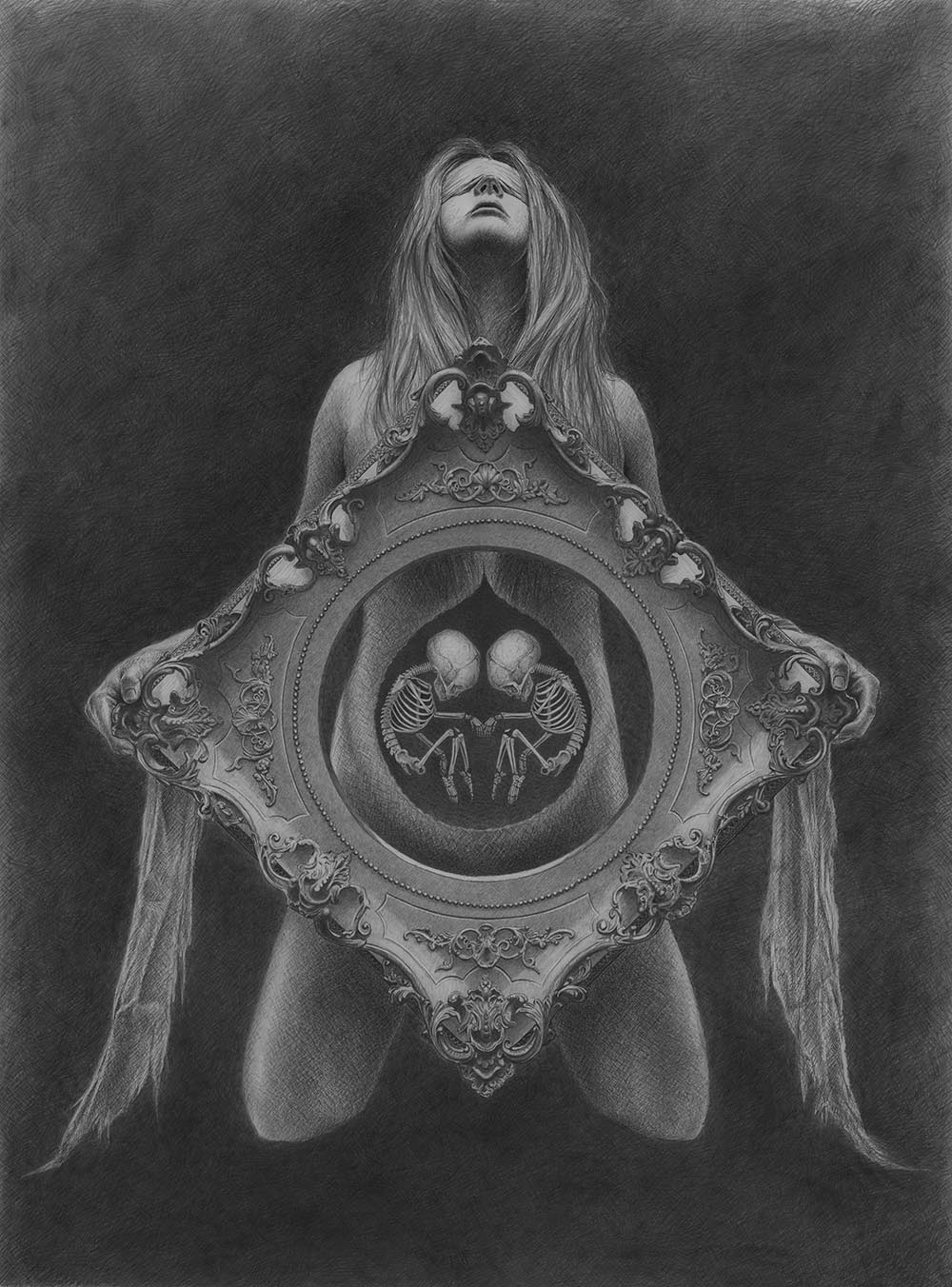 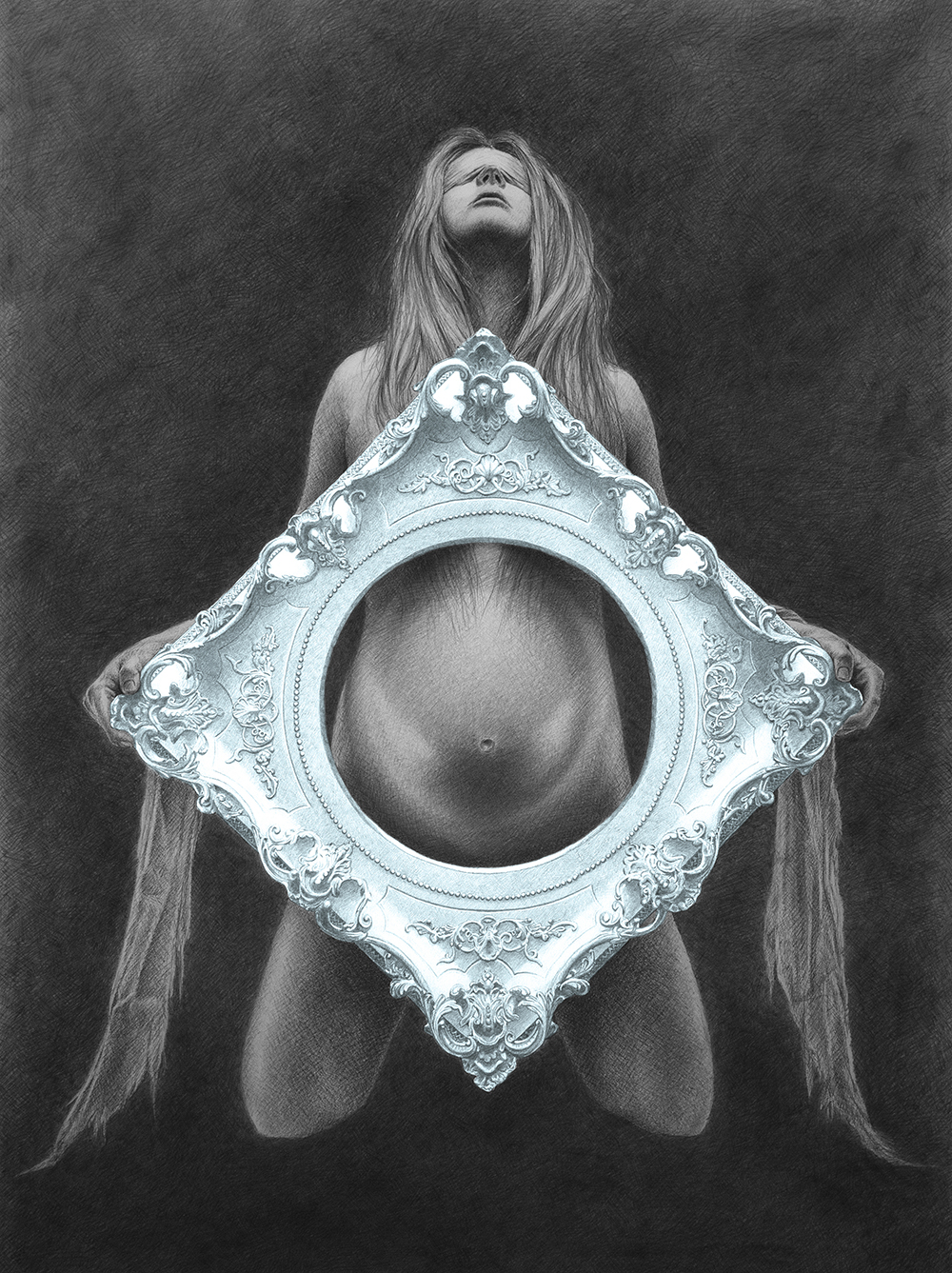 Penn’s “GESTATION” series links all of his artistic concepts and personal history together into one impactful exploration. Taking the cast glass skeletal elements from “INNER LIGHT” and the ornate frames from his “REBIRTH” series, ”GESTATION” highlights a fusion of artistic inspirations and mediums that combine to create a shockingly beautiful message as part of the Fragile Fight.

The artwork's purpose is to engage and ignite a multitude of thoughts, emotions and reactions. From love to hate and all the emotions in between, at a time in human history when our actions directly affect the next generation’s future. The power of art can spearhead these messages as one common global language.

Inspired by the arrival of the artist's first child, “GESTATION” depicts his pregnant partner holding an antique frame that his grandfather, who was a master picture restorer, had once restored. The frame is positioned so that it highlights his next generation, a symbol for all future generations of children globally.

Within the circular opening of the frame are the exposed cast crystal glass foetal skeletons of a male and female child. The skeletons represent life and death with the glass acting as a metaphor of the fragility that our future generations could face if we do not reverse the negative impact we are having on the planet.

The circular composition of the frame symbolises the protective membrane of a cell with the mirror image of the foetus acting as the nucleus and the dividing cell as we grow. We all begin life as an individual cell, and as we divide we evolve one step closer to becoming part of the planet as a conscious human being.

The hands of the foetuses touch at the mother’s naval, the life-giving junction in the protective womb. This juxtaposition of life and death is the focal point of the artwork and its most poignant message.

Set in an anguished pose on her knees the mother exudes the worry she has for her children’s future. The torn canvas that blindfolds her once would have adorned the centre of the frame and now shows how we are bound by our actions and blinded to the uncertain future our offspring now face due to war, global pandemics and climate change.

Penn plans to not only create a real world bronze sculpture of this work but also a series of “NFT’s” using the conceptual drawings of “GESTATION” from his “CARBON” works, a conceptual graphite and charcoal drawing that is embedded into an innovative frame and bespoke lighting installation. Penn’s tailored system illuminates the skeletal elements of the work, this unique way of displaying a drawing fuses the aesthetic that Penn’s cast crystal glass sculptures showcase with their own internal illumination and hints at the sculpture that will derive from this piece.

The original drawing and the principles of its concept will be digitised into an NFT fusing thoughts, techniques and technologies into the decentralised artworld. A medium the artist has chosen to use to once again highlight his message of lost artistic techniques due to the encroachment of technologies that make life easier, achievable, and evidently more damaging to the planet.

The “GESTATION'' artworks highlight how fragile we are as a species as well as those that the “FRAGILE FIGHT” project aims to protect.The profits from this artwork will be split equally to help charities that support families and children during this unjustifiable war in Ukraine.

The next generations need to paint our future and fill the frame with positive depictions of our species, art, and evolution. We must do all in our power to create a planet that is balanced and beautiful to allow them to flourish.

These are the unanswered questions the “GESTATION” series asks of the viewer.